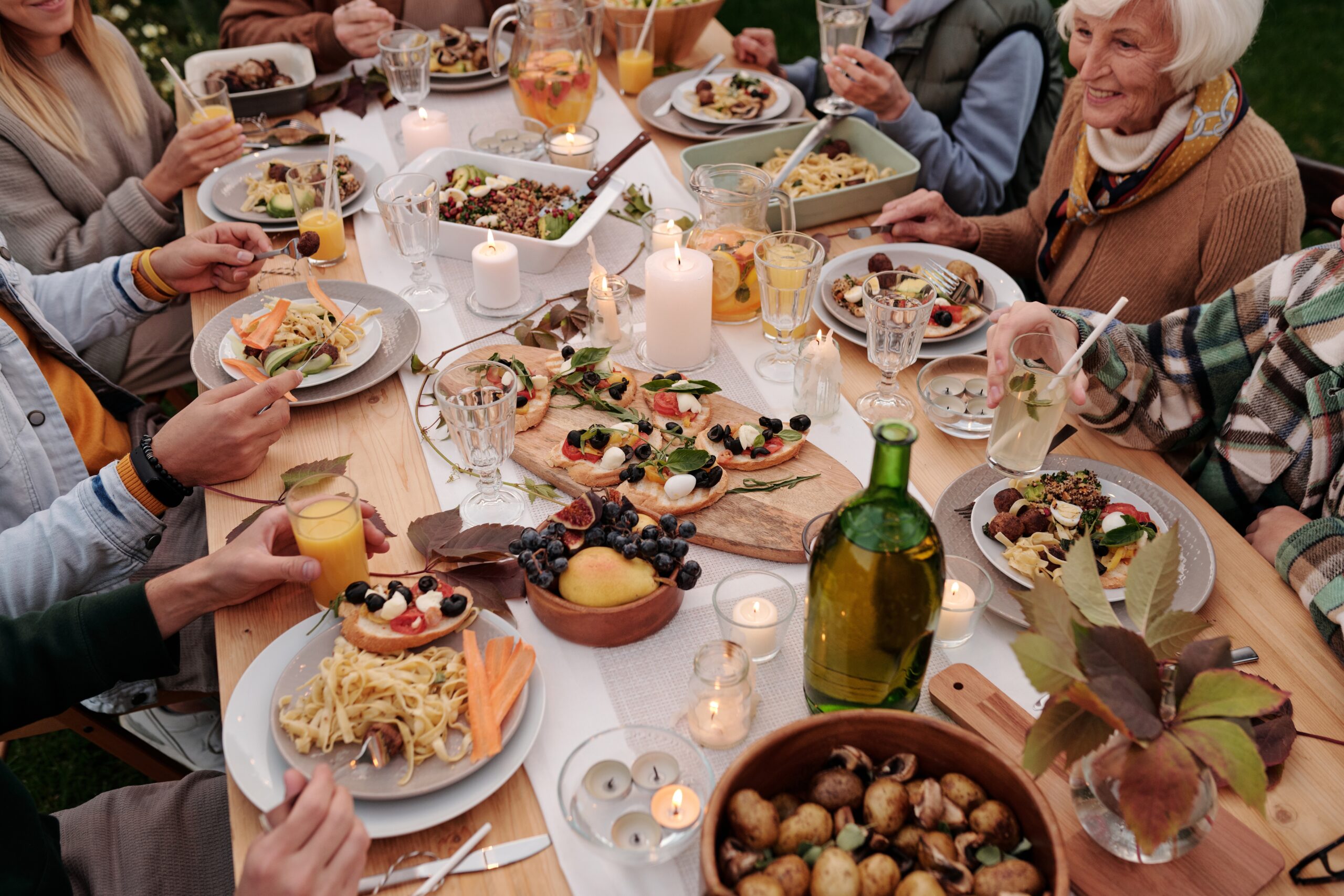 The Forum Lunch Club meets on the second Tuesday of each month in the Community Room at Little St. Mary’s Church in central Cambridge. It provides a hot two course lunch for its members and helpers, with lecture style talks/music on a variety of subjects each month offering those older people of an academic/professional background, who have a mental health issue and for whom conventional day care is inappropriate, an opportunity to meet and socialise together in a friendly and relaxing environment.

We have a dedicated team of helpers who do a variety of tasks, including preparing and cooking the meal, looking after front of house and welcoming members as they arrive, and those who sit with members and encourage and facilitate conversation as and when they might need to. Although everyone has a badge giving their first name, we do not distinguish helpers from members. So new members just join a friendly group of up to 40 members enjoying a meal together.

If you know of anyone whom you think might appreciate joining Forum do contact forum@fofhc.org.uk for some preliminary discussion.

We are always pleased to hear from anyone who might like to join our team of helpers.

The format has been so successful over such a long period of time there can be a waiting list for membership. We are therefore hoping to establish another such Forum Lunch to replace that which used to be held on the last Wednesday of each month at St. James’ Church, Wulfstan Way. For more information about this further development of Forum please contact: info@fofhc.org.uk

History of the Forum Lunch Clubs

The Forum Lunch Club was established in 1996 at St. James’ Church Wulfstan Way and led for its first 12 years by Christina Rowland-Jones and Elspeth Hutchinson with a wonderful team of about 12 hard-working helpers. Forum would never have even got off the ground without the dedicated volunteers never mind running for so many years; cooks who produced a stupendous home-cooked lunch with a wide choice of dishes, those who set up and  cleared away, and during meetings befriended members, socialised and ate with them.

Tish Berkeley’s original involvement with Forum was as a social worker, who offered her professional  advice, and then provided invaluable help through her work by publicising the project within her department, keeping referrals coming in and popping in at meetings for a while when she could, to keep the contacts going. When, in 2008, Christina stood down, Tish took over with help from Elspeth until her husband’s illness prevented her doing so although she remained a regular attendee.

The Forum at Little St. Mary’s Church was started by Tim Wheatley and Robert DeWolf in 2013 to complement the one at St. James’ Church. Sadly, when Tish stood down in 2016 from leading the Forum at St. James, it was not possible to for it to continue for a variety of reasons but the Forum Little St. Mary’s Church continued.  A celebration tea was held in April 2016 to thank all those who had been involved in the Forum at St. James’ Church. Active steps were then taken to provide a Forum Lunch at an alternative venue in the near future.

Searching is in progress

We use cookies on our website to give you the most relevant experience by remembering your preferences and repeat visits. By clicking “Accept”, you consent to the use of ALL the cookies.
Cookie settingsACCEPT
Manage consent

This website uses cookies to improve your experience while you navigate through the website. Out of these, the cookies that are categorized as necessary are stored on your browser as they are essential for the working of basic functionalities of the website. We also use third-party cookies that help us analyze and understand how you use this website. These cookies will be stored in your browser only with your consent. You also have the option to opt-out of these cookies. But opting out of some of these cookies may affect your browsing experience.
Necessary Always Enabled

Any cookies that may not be particularly necessary for the website to function and is used specifically to collect user personal data via analytics, ads, other embedded contents are termed as non-necessary cookies. It is mandatory to procure user consent prior to running these cookies on your website.